I was so lucky to have the chance to travel to DC in June—not only to sign copies of Karl’s New Beak at ALA, but to have the chance to meet the famous and adorable Karl himself. As Publishers Weekly reported it, “Three librarians were the winners of a Capstone-sponsored contest for a behind-the-scenes tour with a zookeeper at Smithsonian’s National Zoo and Conservation Biology Institute in D.C. The librarians also won a limited-edition autographed copy of Karl’s New Beak, signed by Karl himself as well as author Lela Nargi.”

But my favorite part of the visit was discovering that Karl has a new girlfriend, Karoline, and the two are behaving very much like hornbills in like, if not fully in love. 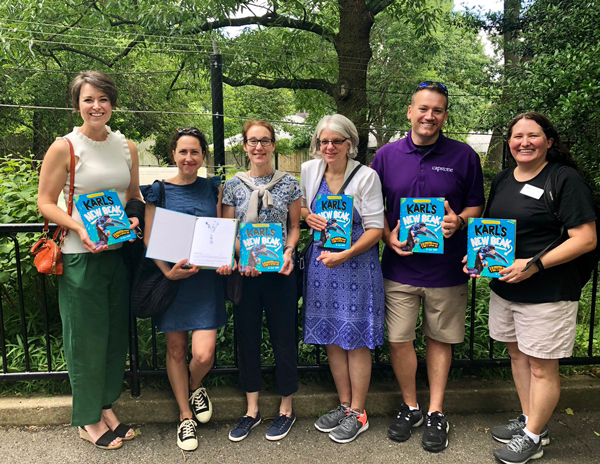