Farewell to Christopher the Gardener

All writers have places that emotionally sustain them. For nine years, I’ve had Christopher’s garden, a rolling stretch of grass and flowers and trees—a luxurious thing to find in a city, where cars, buildings and smog predominate. For months after we first moved in around the corner, I would stare in through the chain link fence and wonder who the fortunate owner of this garden was. And when I finally one day discovered Christopher inside it, I moved on to wondering if he would ever let me in.

He never did. But somehow, the lack of entry seemed fitting. If I could discover whether the grass was velvety beneath my feet as I walked on it, I would never have to imagine it. If I could sit on the stone bench and stare out at the street, I would no longer have to try to picture how I and similarly besotted neighbors must have looked to Christopher as we gaped in through the metal mesh.

Christopher passed away last weekend, and even though the garden remains, now, just as he left it—serene, lush, unspoiled by interlopers—there is fear rippling through the neighborhood that it might not last. How long before the developers come clamoring? Or before we begin to pull away on our own because, without Christopher, can it truly be Christopher’s garden? 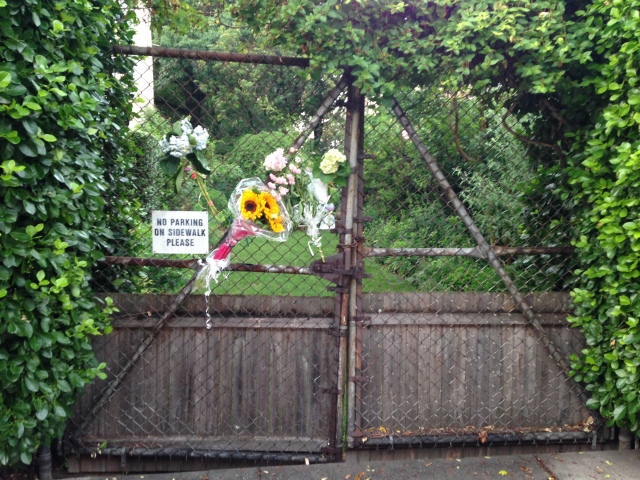 3 thoughts on “Farewell to Christopher the Gardener”